Many people would have liked to know, what really makes traditional Kung Fu work, and attain some of its power and wisdom. Few people have been lucky enough to receive traditional and authentic knowledge from a Chinese master for decades on end, and study a complete martial art from him. Sifu Sapir Tal is such a man, and today he offers a select few the opportunity to receive from him, via personalized quality learning experience, that which he himself was given by his master, the late Henry Poo Yee (1939 – 2018). For three long decades, sifu Sapir had been master Henry’s loyal student, and later disciple. Master Henry himself was the student of Grand-Master Lam Sang from Chinatown. These Chinese gentlemen taught the deadly close-combat system of Jook Lum Southern Mantis. This fighting art is the real deal, and looks very different to what people see in the movies or sports arenas. It is based on intimate knowledge of Traditional Chinese Medicine and its pressure points, utilized for defeating opponents at lightning speeds, and for cultivating immense internal power, as well as a true iron body. In the year 1997, after the first decade of study, master Henry bestowed upon Sapir Tal the title of ‘Sifu’, and gave him permission to open his own school in Israel. For over 20 years now, his fine establishment has flourished, producing many thousands of students. In the year 2014, master Henry honored sifu Sapir and several of his gongfu brothers in becoming formal disciples – members of his martial arts family. Only 8 people have been so recognized, in an official ceremony, as having received a complete transmission and being the forebearers of the art for the next generation. 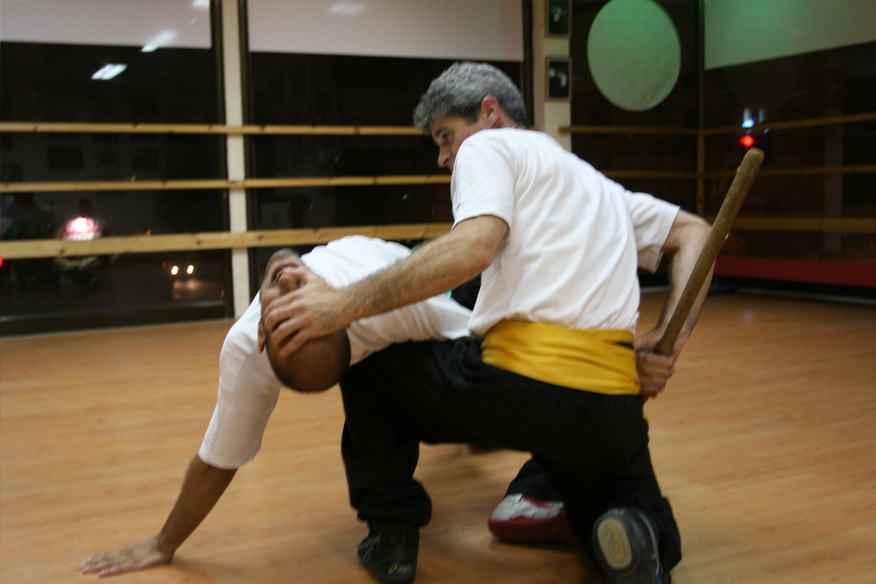 In recent years, sifu Sapir decided to open his gates also to different types of students – those interested in gaining exceptional in-depth familiarity with the art. In such private classes, sifu Sapir strives to deliver to serious practitioners the full arsenal of his system. In so learning, those students shall study advanced fighting methods, including generations of short explosive powers, subduing adversaries and threats without much strain, remarkably strengthening the body from the inside out, and using the intricate Qi Gong skills of the art to support and promote their health and well-being. Whether you are inclined towards gaining superior fighting skills to take your martial arts to new heights, wish to have a strong and resilient body, and simply hope for better health and a calm mind – sifu Sapir Southern Mantis Kung Fu will provide you with that which you were searching for, and more, exceeding your expectations. Nonetheless, no prior experience is required. Such classes are open to both sexes and any age, granted one is of reasonable health.

Sifu Sapir Tal is a busy man, who spends a lot of time with his family, managing his large school in Israel and traveling between seminars. He can therefore only afford a small number of dedicated private students. Take the opportunity today, for free spots are hard to come by!